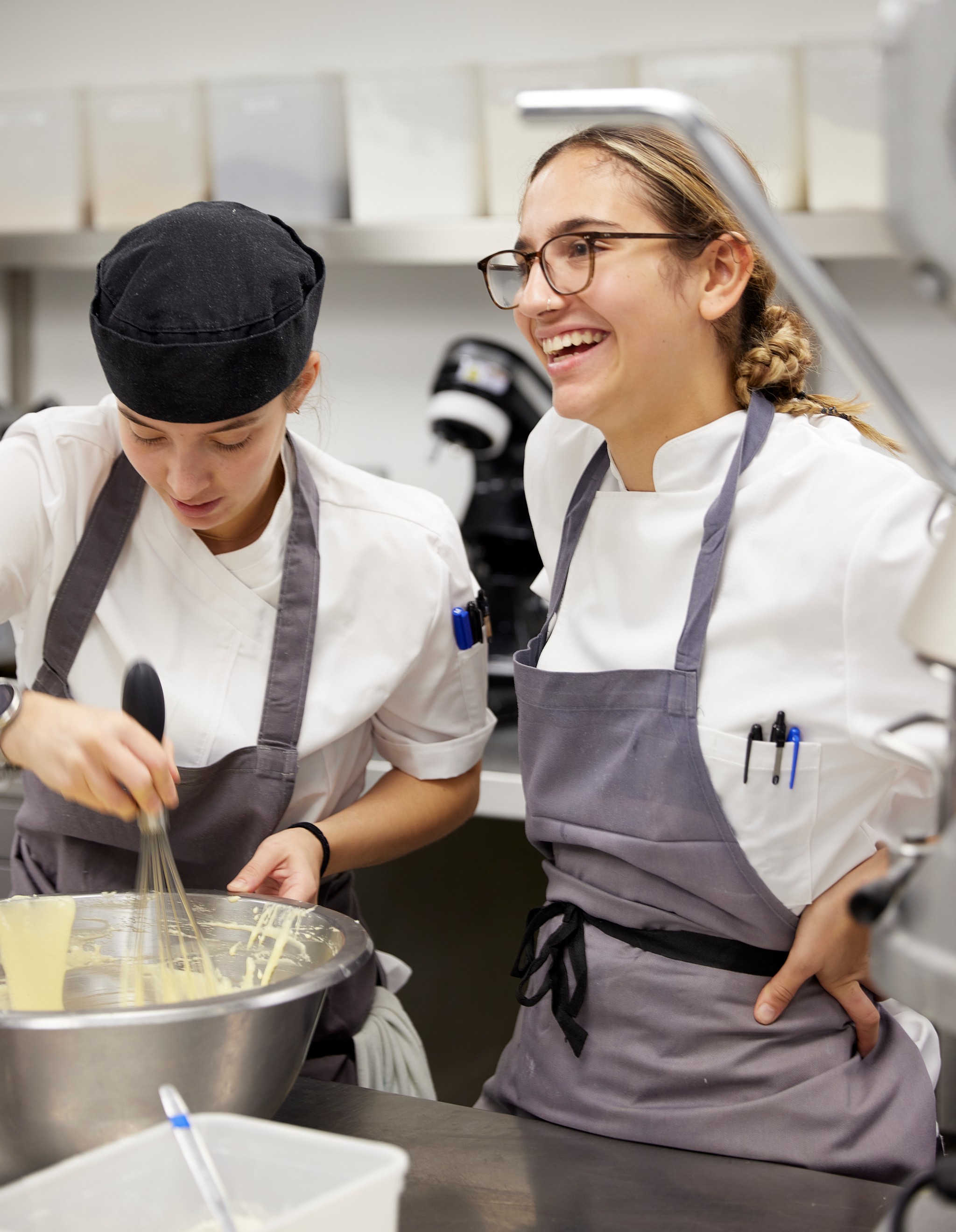 Originally from Maidenhead, Berkshire, chef Craig Johnston started his career at 16, working at a two-rosette restaurant in his hometown. He worked his way up to sous chef, before joining the team at Pollen Street Social as a pastry chef.

In 2016, Craig returned to Maidenhead to join the Michelin-starred gastropub The Royal Oak as a sous chef. In 2017, at the age of 21, he competed in and won Masterchef: The Professionals, making him the youngest winner in its 14-season history. After his Masterchef win, Craig joined the Marcus team as a senior chef de partie. He is now Head Chef, working with Marcus and Rishi.

In 2021, Craig co-authored Marcus' Kitchen with Marcus Wareing, his first foray into producing a cookbook. In 2022, Craig was awarded with an Acorn Award, an annual recognition of hospitality's rising talent.

Hailing from north-west London, Rishi initially joined Marcus as a kitchen porter in 2017 after leaving university. Soon enough, his passion and drive was recognised by our senior chefs and he moved into a commis chef position. Over the last five years, he’s worked his way up and around the kitchen and is now our Sous Chef, supporting Craig.

Originally from Salerno, Italy, Ednor’s first role in London was at Gordon Ramsay’s Boxwood Cafe at the Berkeley Hotel as a waiter. His talent was soon recognised and he was promoted to Head Waiter. From there, he joined the team at Koffman’s at the Berkeley Hotel as a Senior Head Waiter and after two years, moved down the road to manage the team at Ametsa in the five-star COMO The Halkin Hotel.

Ednor’s first foray into the Marcus Wareing family was at The Gilbert Scott, where he was Restaurant Manager. When COVID hit, he made a seachange to Jersey, leading the team at Tassili, the signature restaurant of the Grand Jersey Hotel & Spa. He re-joined the Marcus family in August 2021.

Hospitality is in Luca’s blood, having started his career at the age of 17, working as a waiter at his family’s pub in Naples, Italy. He soon moved behind the bar as a bartender, then tried his hand at cooking as a chef. However, the bright lights of bartending were calling his name and he moved back behind the bar as a manager. He and his family then opened two more bars, before he ventured out on his own, opening a cocktail bar and running it for 13 years.

In 2014, Luca moved to London, working at Novikov as a barback. After six months, he progressed to Junior Sommelier. From here, he worked his way up in some of London’s finest restaurants, including Coq d’Argent, Oblix, China Tang at The Dorchester and Angler. He joined the team at D&D London, starting as an assistant head sommelier but with a quick promotion to Head Sommelier at Hugen.

He joined the Marcus team in August 2022 as Head Sommelier and is now responsible for overseeing our wine offering.

Mladen started his hospitality career as a receptionist in Bulgaria at the age of 16, working by the seaside in a 20-room hotel. When he moved to London in 2016, he paired a university degree in sports journalism with agency work as a waiter, working for the likes of the InterContinental, The Ritz and The Savoy.

The agency sent him to Pollen Street Social and after a few months, he decided to join the company full-time, working as a waiter at Social Eating House, then a one-Michelin-star restaurant. He started as a commis and worked his way up to Head Waiter over three and a half years.

Mladen then moved to help open HIDE Mayfair, overseeing the training of the commis waiters. He joined the Marcus team in 2019 as a Waiter, but was quickly promoted to Head Waiter. Over two years, he worked his way up to Junior Assistant Restaurant Manager. In April 2022, he joined the team at three-Michelin-starred CORE by Clare Smyth, but re-joined the team at Marcus Belgravia as Restaurant Manager in October 2022.

Lise’s first-ever job was working at a gelateria in her native Germany as a teenager. Bitten by the hospitality bug, she spent much of her early 20s dabbling in bar work and the events industry, working as a waitress.

She joined the Marcus Wareing family at The Gilbert Scott in 2011, working as a Head Waitress. In 2012, she joined the Marcus Belgravia reservations team, while also completing a Bachelor’s Degree in International Hospitality Management and working in the hospitality area for the 2012 London Olympics. She graduated first class!

After graduating First Class, she joined the team at The Five Fields, before returning to the Marcus Wareing fold as the Guest Relations Manager at Tredwells when it opened in 2014. From there, it was a natural progression into operations. She was first the Group Operations Manager and is now our Operations Director.

Ieva’s first venture into hospitality in London was at Aqua Shard, working as a reservationist. After a year, she joined the team at Marcus as a reservationist, before working her way up to private dining co-ordinator. Having discovered a love for enabling amazing experiences, she is now our wonderful Reservations Manager, leading a team of five.

Emily’s career started at a boutique food and drink publishing company, where over 2.5 years she moved from intern to assistant editor. Upon moving to London from her native Australia, she gained corporate experience in a recruitment agency as a content editor, before returning back to the food and drink world as a marketing manager for a cooking school.

Having worked in hospitality throughout school and university, including her first-ever job at McDonalds, Emily was keen to return to the industry. When a marketing manager job at Marcus came up in September 2019, she jumped at the chance and has been here ever since!

We take pride in adapting team structure to suit talent, enabling individuals to learn and grow within the group. Passion and the ability to learn will always be rewarded. Find out about our current opportunities, and more about careers at Marcus.